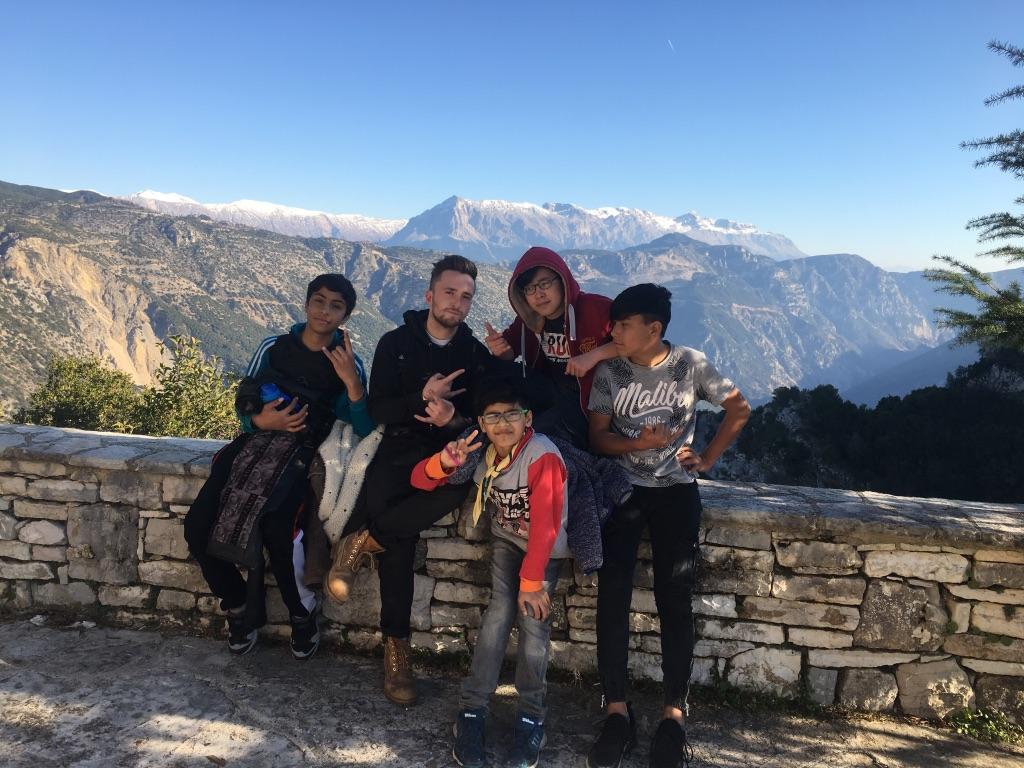 Yet another story of a Marlow resident making a difference on the front line has come to our attention, James Perry shares his story from Northern Greece

After graduating from university I found myself at a loose-end but was keen to travel abroad and teach a skill to those that needed it the most.

That’s how I ending up gaining an education certification and started teaching English to refugees that had to flee their homes in Syria, Iraq and Afghanistan.

Turning my sights overseas, I went to Greece and started working for a grassroots NGO called Second Tree. Second Tree works in two camps and one urban area reaching over 2,500 refugees through their three programmes:

1) language learning – teaching both English and Greek classes to adults
2) youth education & well-being – through a scout-themed education program for children and teenagers
3)  integration of refugees into local life – through community building activities.

Second Tree created a scouts themed education program because older children and teenagers are often an overlooked group. Younger children, even newborns, often have many services available for them; but the older children are the ones that realise they are refugees, the ones that had a life back home in Syria or Iraq, before their home stopped existing under the bombs…

I remember on my first scout excursion (we have an excursion every weekend for the children that come to school during the week), we went to the local forest and as we sat down for our mid-walk snack, I realised that Habibia, one of the scouts, had some scars, which were clearly the result of self harming.

We all remember the emotional strain of what it’s like to be a teenager, but we can only imagine what this feels like with the extra baggage of fleeing your country from war and leaving your friends, family and home behind, some of whom have died in the meantime.

My first thought was to try to move the discussion away from it, and try to make her smile so that she could forget about her everyday struggles back in camp.

I was very surprised when Lucas, one of the longest serving volunteers, asked Habiba in front of the other scouts ‘Why do you do that?’. She explained she was suffering and said that she self harmed to relieve the pain in her heart.

It may not have been easy to hear, but I realised in that moment how much trust Habiba placed in the other scouts and the volunteers, and how valuable it is that they created a space where it is comfortable to open up. It shocked me how human this interaction was and I quickly learnt to treat refugees as people rather than victims.

This non-patronising mindset fostered at Second Tree is one of the reasons why despite only planning to be in Greece for 2 months, I’ve been back twice, and I’ll go back once again as soon as the Coronavirus emergency is over.

“Despite only planning to be in Greece for 2 months, I’ve been back twice, and I’ll go back once again”

On the same excursion, an Iranian boy called Iman hit a Syrian girl named Saida making her cry. Again, we all sat down at the end and Lucas asked him ‘How does it feel to make Saida cry?’ and with a big grin on his face Iman told everyone that it made him happy to see girls cry.

Many times the children that join our youth program come from countries where gender stereotypes are really strong, and at Second Tree we try to challenge these conception with workshops on gender equality, and in general with being open to discuss things with the children, who will eventually grow up in a different society from the one they were born into.

The success is astonishing. 52% of the children participating in the scouts programme are girls, which is quite remarkable for a program that focuses on encouraging self expression, strengthening leadership skills and challenging traditional views of gender roles.

This is evident also in the evolution of the very same children: I’ve known Iman for more than a year now, and he now gets very embarrassed when I remind him of that story with Saida! Recently I had a conversation with Habiba and I asked her if she thinks Iman still treats her differently because she’s a girl. She replied ‘I’m the same as a boy so of course he treats me the same and also he trusts me’.